As the sun begins to set over Abu Dhabi, Team SCA’s Sam Davies is one happy woman.

A little bit sweaty, maybe. A lot smiley, definitely. And with good reason too.

After all, her boat has just stormed to victory in this afternoon’s in-port race, finishing nearly one and a half minutes in front of their nearest competitor, and some would say, sailing - almost - the perfect race.

It took a while to get going, but once the action was underway, the girls stole pole position - and never really looked like giving it up.

“It's really good for us - a great way to boost the whole crew morale before we leave tomorrow for Sanya,” grins Sam.

She leans over the boat, proudly high fiving shore crew, friends and family. Behind her, a sea of magentas and blues washes over the dock – flags waving, supporters whooping and cheering.

They’ve waited patiently, persistently, for just a glimpse of their heroes – or should that be heroines? – despite the start of the race being delayed for over one and a half hours due to light winds.

Back on the boat, Dutch sailor Carolijn Brouwer punches the air, triumphant. She was at the helm as the Swedish-backed team sailed to Emirati glory.

“I think everyone was just really awesome today,” she explains. “Hats off to everyone on the boat. Everyone in their areas couldn't have been any better.”

American Sally Barkow, fresh and fighting fit after sitting out the last leg from Cape Town, admits that the win was a combination of blood, sweat, tears – and the odd slice of luck.

“It wasn't exactly planned,” she says, with a smile. “A bit out of the starting line things went kind of crazy and we got shut out.

“But the timing was really good and we had a really good tack there, just perfectly placed in front of Dongfeng. I think actually we hooked into a bit of current with us out there as well.”

She continues. “Everybody's getting really familiar with their areas - we're looking forward to the leg start tomorrow.”

Finishing just behind the girls, the winners of the 5,185nm sail into this Emirate, Team Brunel, grabbed second place – and skipper Bouwe Bekking is eager to give praise to the winners.

“Probably everyone has seen that it’s been really light air today,” he says. “I think it was very lucky actually that we got started. We didn’t have the most fantastic start – but we went the right way, and from there on we sailed a very good race, just consolidating.

“We had to let the girls go, and just keep Abu Dhabi and Dongfeng behind us,” he adds.

“The girls did a fantastic job today. Congratulations to Team SCA.”

Next over the line was the home team, Abu Dhabi Ocean Racing, and with the pressure well and truly on in front of an adoring crowd, local hero Adil Khalid was just relieved to secure a podium finish.

“It was such great sailing,” he smiles. “We had a really great start. Congratulations to Team SCA, but also to us. It’s a great result, third place, back on the podium. It’s a great day for the fans up here.”

“We have a long way to go, and our goal is still to lift the Volvo Ocean Race trophy at the end of the race.”

His skipper. “We had a great start, I don’t think we could’ve done much more. I’m a little bit disappointed there wasn’t more wind, but hopefully there’ll be more tomorrow.

“If we wait then the chances are we’ll get a better race, so it’s a difficult decision for the Race Committee – but great to see so many people here to watch, and it looks like people waited around too, so thank you!”

He shrugs. “We said early on that our goal is to try and be in the top three in every race we do, and so far, so good.”

Next into the dock was the French-Chinese crew of Dongfeng Race Team, and fifth placed Team Alvimedica, and it was Spanish team MAPFRE who brought up the rear once again.

The red boat, which also finished in last place in the Cape Town in-port race, is being skippered by Xabi Fernández next leg due to the absence of regular chief Iker Martínez, who is away with his Olympic campaign, and the Spanish stand-in skipper was refreshingly honest in his post-race reaction.

“I think we did a good start, but obviously on the wrong side – and then we were completely locked in, we couldn’t go anywhere,” admits Xabi.

“With the Masthead Zero it’s very difficult to move and manoeuvre, so there wasn’t much we could do."

He pauses. “But the team is okay, and working together okay. It’s not going to be a problem – we just need to get focused for tomorrow, where we have a difficult start, and another very long leg.”

As the boats are moored, there’s one more figure moving gingerly on the dock. It’s Team SCA’s Sophie Ciszek, who has missed this race, and will also sit out the next leg, following back surgery.

“You're frustrated because you're not on the boat, but it's the best thing ever that they've won a race,” she beams. “They did really well. I'm so excited for them!”

“We can only get better and we can only improve - it's one step closer. Let's just hope they can keep it up on the leg, it's a totally different ball game and a completely different race.

“But it's good for the experience.” 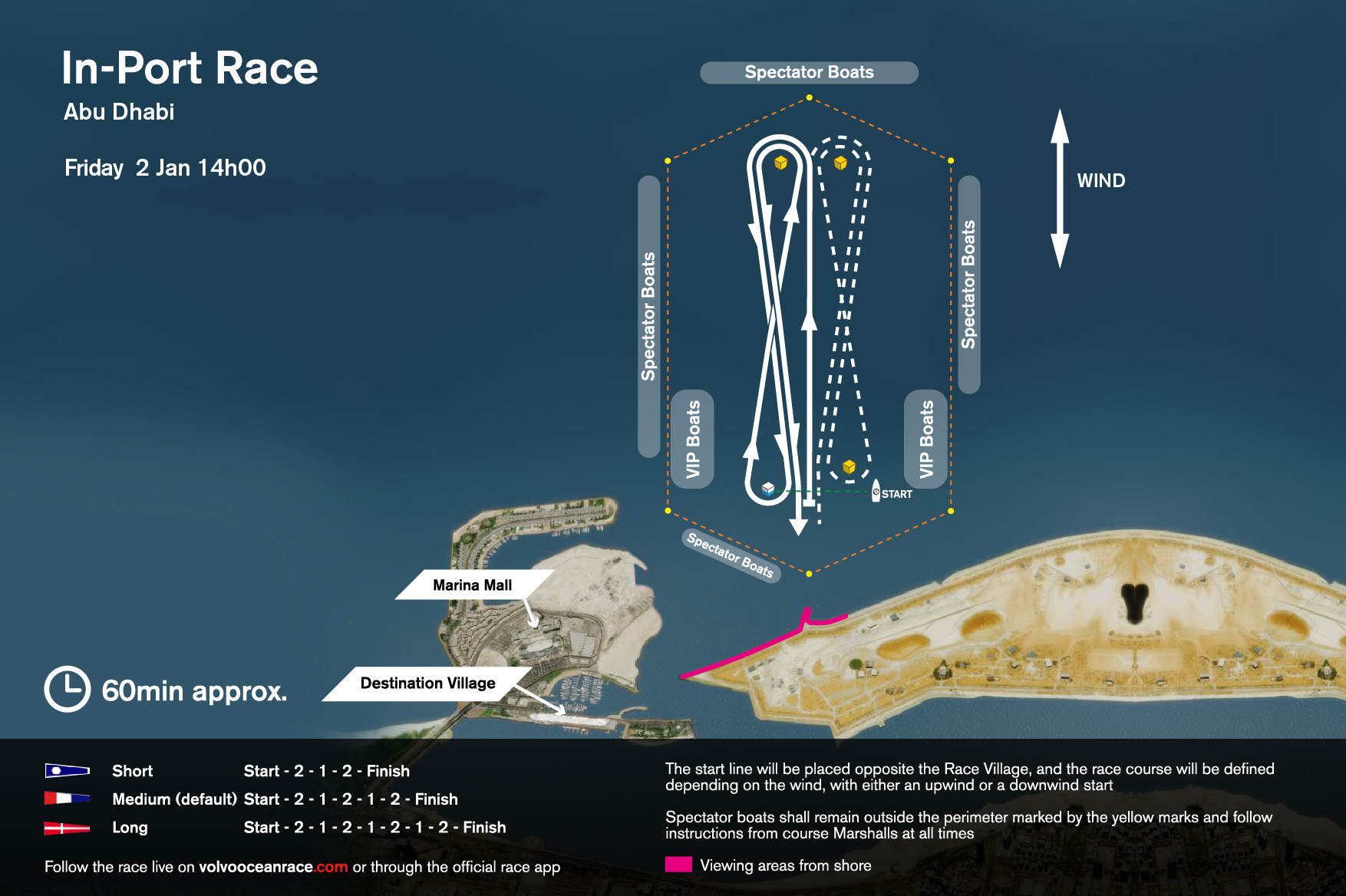