Charlie Enright's champagne will have tasted so satisfying on Sunday night.

His Team Alvimedica crew served up a perfectly constructed victory in the SCA In-Port Race Lorient, their second of the series, following a delayed start.

The victory, which follows their triumph in the opening in-port race in Alicante eight months ago, bolsters the hopes of Charlie's crew to claim a much-coveted final podium finish in the series.

It will also bolster their hopes of a top-three finish in the overall standings since the series also acts as a tie-breaker for the tightly contest second and third places in the offshore competition that concludes later in June in Gothenburg, Sweden.

A lack of breeze on the original course kept the fans in Lorient waiting some 30 minutes for the action to start on the SCA In-Port Race Lorient, but there was drama aplenty from the off.

MAPFRE were forced to run around the back of the fleet as the start loomed too early for them and they immediately conceded seemingly costly ground on their rivals.

Team Alvimedica had no such problems and sped away to the windier right side of the course, giving them a good advantage in the chase to the first gate.

Team SCA and Team Vestas Wind, first and second respectively in Leg 8 from Lisbon to Lorient, went for the other side of the course and that precipitated problems for them as they approached the first turn.

Both were ordered to take penalty turns, the all-women’s crew for apparently failing to give MAPFRE enough space as they tacked around the mark and Team Vestas Wind for a similar offence against Team Brunel.

The fleet split right and left in the next leg while Team Alvimedica cruised away untroubled  at the head of the fleet, building their lead to around 300 metres.

By the fourth leg, the young Turkish/American-backed crew continued to stretch away with Abu Dhabi Ocean Racing heading the chasing pack and quite happy to consolidate their position at the top of the overall in-port race standings if they could.

As the leg finished, Azzam and no less than three other boats converged on the mark with Team Brunel, MAPFRE and Dongfeng Race Team scrapping for second place with the Emirati boat.

The result now was in no doubt in terms of who would win, but Abu Dhabi Ocean Racing, Team Brunel and Dongfeng Race Team were still separated by only metres as the fifth leg continued.

Into the final leg, MAPFRE steamed through the closing stages to snatch second from Ian Walker's crew and Dongfeng Race Team also bypassed the Emirati boat, leaving them fourth.

Team SCA then won a three-way showdown for fifth, just ahead of Team Brunel with Team Vestas Wind taking seventh.

The results leave the standings perfectly poised for the final deciding race in Gothenburg on June 27.

Abu Dhabi Ocean, the overall event winners elect, are still top on 25 points, six clear of Team Brunel (31), with Team Alvimedica (32), Team SCA (33), MAPFRE (34) and Dongfeng Race Team (36) all with good chances of podium places in the series. Team Vestas Wind, who missed so much of the series during their boat rebuid, are on 66 points.

Should Team Brunel win the Gothenburg In-Port Race and Abu Dhabi Ocean Race finish last, then the Dutch would win the series because of races won (2 against 1). Any other result, will mean Ian lifts another trophy at the gala dinner that night. 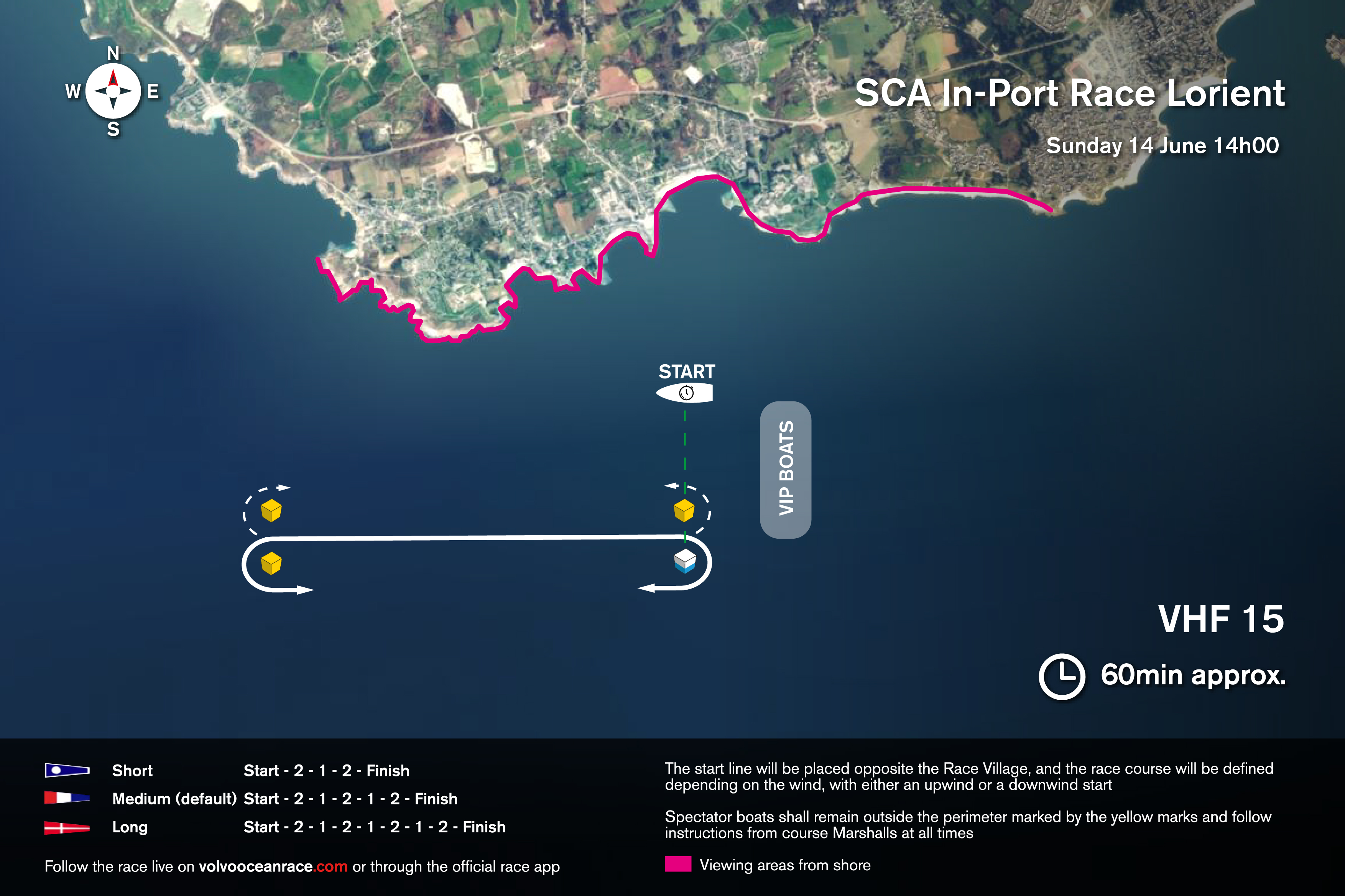