Three changes of leader in one hour. A five-second gap between Team Alvimedica, winners of the Alicante In-Port Race, and Abu Dhabi Ocean Racing, second. Just 25 seconds to MAPFRE, in third.

One thing’s for sure - it’s a tight game out there.

The start gun went off at 1400 local time. The 7.8nm inshore track counted five gates. There were 14 knots of shifting wind, lots of J1 sails going up and down, lots of A3 being furled and unfurled, and some seriously sweaty faces.

“There’s so much going on,” says Alvimedica’s navigator Will Oxley, checking his heart monitor, which peaked at a massive 170 bpm during the race. “What is satisfying is that we’re steadily improving.”

His team’s victory doesn’t count towards the offshore trophy, except in the event of a tie-breaker. But it shows real progress for the youngest team in the race. And his delighted team mates still wore winning trophy smiles, back on the dock.

Will, though, heartbeat slowly returning to normal, wears the understated grin of a three-time Volvo veteran.

“I’m quietly satisfied. We’ve got Charlie doing a great job driving, and Alberto is one of the best helmsmen tacticians in the world.”

That’s Charlie Enright. Just 30 years old, he is the skipper. He has never done the race before.

“Today was a good day and we enjoyed it,” Charlie says. “We'll wake up tomorrow and pick up where we started."

“We weren’t looking to win it – there were no expectations at all,” adds Will. “It was about a process, and executing that process. What will be will be. It really is that simple.”

Will’s right. It is a process. The process of making a good start – like Team Vestas Wind, the fastest boat at the pin end of the line, in the lead for the first part of the race.

Like Dongfeng Race Team, the only boat to cross the line on port tack, behind everyone, but fast. It was a bold call, and a good one – it meant that the Chinese boat was in the top three for most of the race.

The process of picking the more favourable wind, and of sailing the cleanest race. Sticking to the right part of the race track, just like Abu Dhabi Ocean Racing.

“I was a bit annoyed at the end as I thought we should have won the race in the position we were in,” admits Ian Walker.

In fact, the Abu Dhabi’s skipper won the Alicante In-Port in 2011, but his boat’s mast broke the first night of Leg 1.

“Actually, we had a meeting this morning and we said we weren’t going to try and win the race,” he jokes.

And the process is ongoing. It’s about looking at today’s successes with perspective, and at the losses too. It’s about having the right attitude, the right frame of mind, to be a strong sailor and a strong team, not just today but for the next nine months.

It’s about persistence and determination, even when things are going wrong.

“We were last at the first mark,” says MAPFRE’s skipper, Iker Martínez.

The Spanish boat suffered from a broken sail lock before the start but still managed to finish on the podium, sailing their way back from the back of the fleet.

“We kept passing boats, some of them because they had problems, others because we just managed to. There’s no better way to start: we achieved our goal today and the attitude of the whole team was just great."

Behind MAPFRE, Team Brunel took fourth after a difficult start and “a conservative race” according to skipper Bouwe Bekking.

Dongfeng Race Team, hampered by a difficult sail change on the last leg, lost some ground and finished fifth.

The Team SCA girls took sixth because of “a bad start and a catch up race” according to Carolijn Brouwer. And Team Vestas Wind, at first a leader, ended up last.

“I’ve been saying it for a long time – we’ve got a lot of potential and we know that we can do it at times, but we were struggling to keep it together the whole race,” says Chris Nicholson.

“It’s really frustrating for us, we’re not used to it, but that’s just where we are at the moment, and we’re the type of crew that wants to do well.”

And then Chris’ crew immediately debriefed. That’s the spirit, see. Race. Take a result. Celebrate it, or learn from it, and move on.

Because there will be a lot more ups and downs over the next 38,739 nautical miles, starting next Saturday, with the Leg 1 start to Cape Town.

“In the next nine months we'll have plenty of sailing, plenty of sunrises and sunsets,” reflects Michel Desjoyeaux, MAPFRE watch captain. “It will be very different from today, but it's the same pleasure in both cases.” 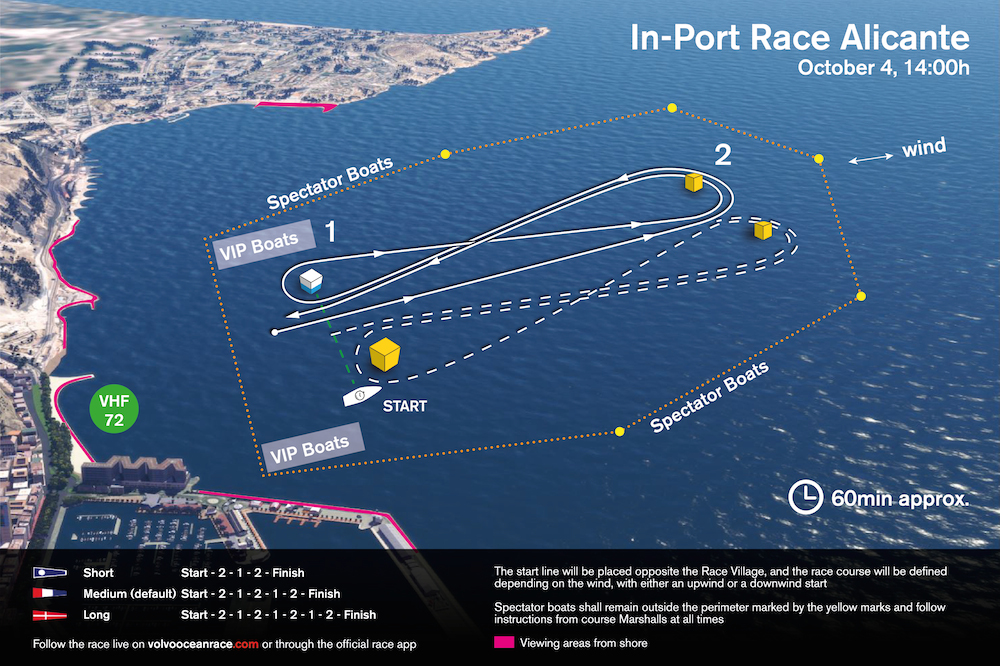