Nearly out of puff

It was the kind of windless day most sailors dread - but, wow, what an intriguing race it gave us.

Team Brunel won an excruciatingly but fascinatingly drawn-out Team Vestas Wind Itajaí In-Port Race on Saturday when a lack of breeze tested the sailors' patience and seamanship to the full.

The very hard-earned victory takes the Dutch boat to the top of the overall standings on 15 points, one clear of second-placed Abu Dhabi Ocean Racing.

For so long this morning, we weren’t sure if the packed docks of fans in Itajaí would even see an in-port race with wind pressures barely passing three knots.

Race management held up the start for 10 minutes before the boats were finally able to set forth.

MAPFRE were happy simply to be on the race course, after their shore team and the race’s Boatyard crew were forced to work all night to reinforce a section of their mast, ensuring the rig was robust enough.

Team SCA were the first to show in the shortened, two-lap, four-leg contest as they chased their third win in the in-port series, and second in a row after their success in Auckland.

They narrowly reached the first gate ahead of overall race and in-port series leaders, Abu Dhabi Ocean Racing, with the all-female crew and Emirati crew opting for different sides of the course.

The pair completed lap 2 virtually neck-and-neck all the way as they desperately sought the little wind pressure Itajaí was offering on an overcast, but bright early afternoon.

Slowly but surely, however, Azzam began to eke out an advantage over the women, but then the wind dropped completely and the entire fleet slowed to a virtual standstill.

Team SCA were rocked by a 360-degree penalty turn for fouling Team Brunel who suddenly moved from towards the back of the fleet to second place.

The Dutch, though, then took their turn to feel total frustration as the wind deserted them and instead Dongfeng Race Team claimed the pace to complete the shortened course.

With the finish at last in sight, Abu Dhabi Ocean Racing, Team Brunel and Dongfeng Race Team found themselves virtually in a dead heat for the lead, but still struggling desperately to find pressure.

Finally, Bouwe Bekking's men shook off the concrete from their hull to win their first in-port race of the series.

Azzam then eased past Dongfeng for second with Team SCA pipping MAPFRE for fourth and Team Alvimedica had to settle for sixth. 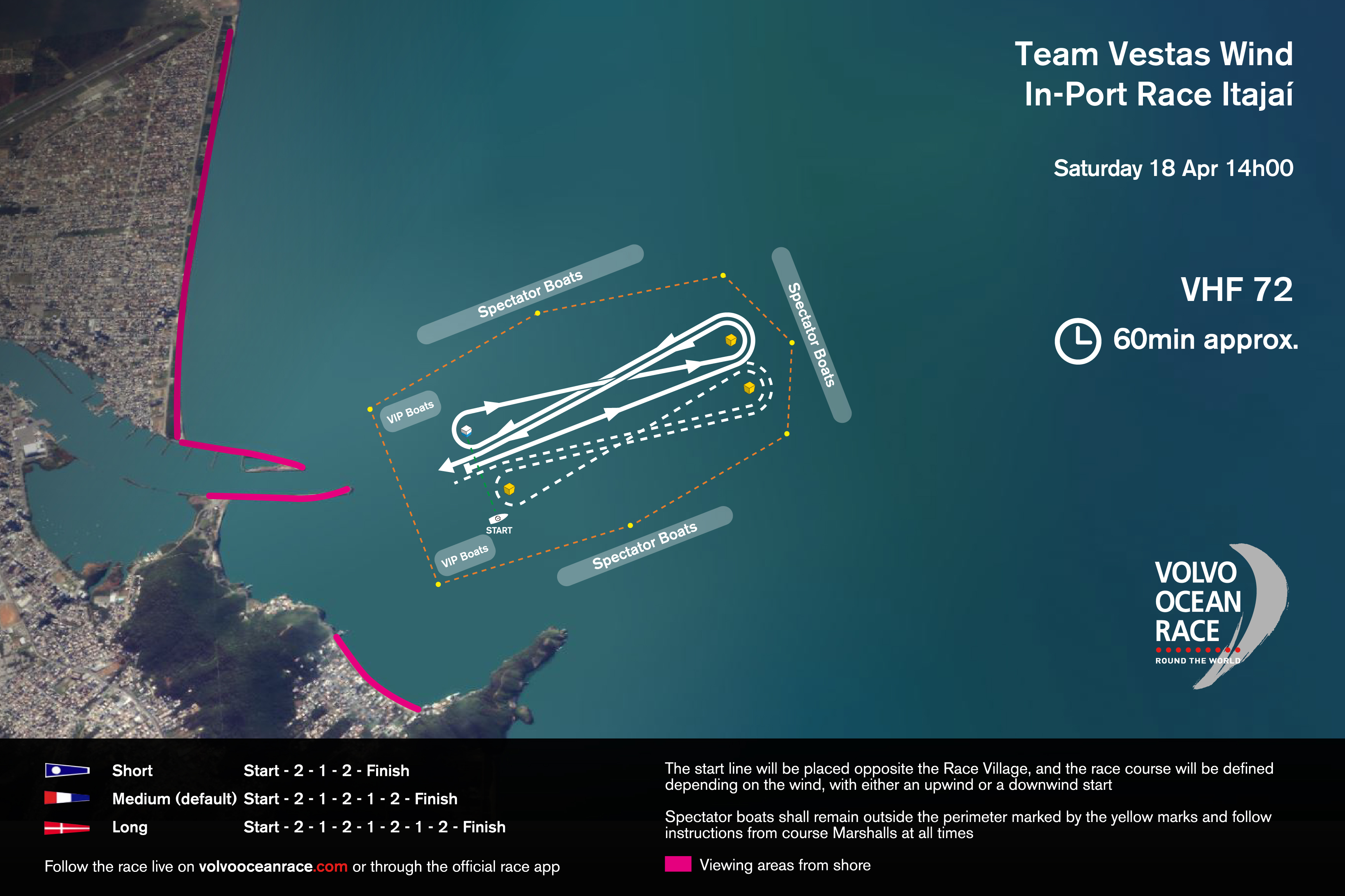