Team Brunel emerged victorious in the final act of the Volvo Ocean Race 2014-15 today in the Inmarsat In-Port Race Gothenburg.

Behind them there was major drama in a race for specialists of inshore racing as MAPFRE outwitted Team Alvimedica in the final few moments of an intriguing race.

By pushing the Turkish/American boat wide to allow Dongfeng Race Team to slip in ahead of them, MAPFRE ensured that they broke the tie for fourth place, which they were sharing with Team Alvimedica.

"It’s not how to start, it’s how you finish," says Team Brunel's skipper Bouwe Bekking.

"We had a shocker start in the In-Port Race but we end with a first place. The clean sweep goes to Abu Dhabi – congratulations to them. They deserve the In-Port Series win."

Team SCA sailed a canny race to claim second place in Gothenburg and with it the final, third podium place in the inshore series behind the Emirati and the Dutch boats.

Two royals had front row, onboard views of the absorbing action: His Majesty King Juan Carlos of Spain on MAPFRE, and Victoria, Crown Princess of Sweden, who was invited on Team SCA.

Both are confirmed sailing fans and would have appreciated more than any the intricacies of such a tactical tussle in near windless conditions. 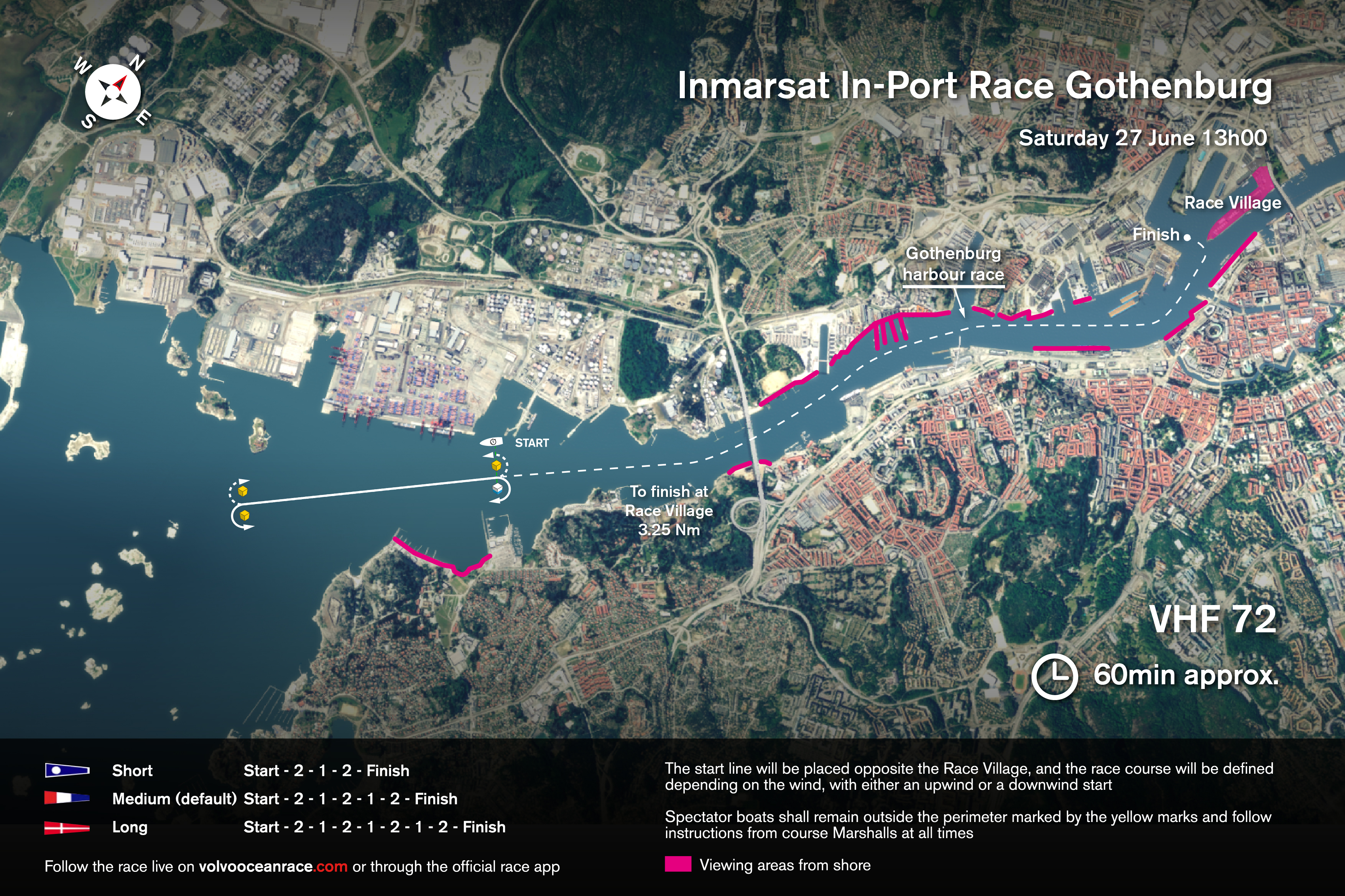