Down to the wire!
Spanish eyes are smiling after Lisbon thriller

This kind of racing is not good for the nerves, folks.

MAPFRE made it two wins out of two in the In-Port Race Series on Saturday with another stunning display of in-shore racing in the Tagus River but, boy, were they run close.

With the race seemingly in skipper Iker Martínez's pocket, Abu Dhabi Ocean Racing stormed back into contention in the last of five legs on a gloriously sunny day on the Tagus River.

The two boats gybed at exactly the same time as they headed for the finish line and at the death, the Spanish boat's bow was some two or three metres ahead of the Emirati boat.

Abu Dhabi Ocean Racing skipper Ian Walker will not be too disappointed. His second place consolidates their advantage at the top of the In-Port Race Series, especially with their closest rivals in the standings, Team Brunel, finishing well down the field.

The only time the Spanish team had previously looked to be troubled was at the very start of the five-leg race, watched by hordes of fans on the Lisbon docks, and then again when they briefly lost the lead on leg four.

Then with a couple of hundred metres left, Ian looked like he could snatch victory from a race Iker had so long dominated.

MAPFRE only just had enough space to make their gybe without fouling Azzam, but made it with metres to spare, before a final sprint to the finish.

Earlier, Team SCA looked to have set off with a good advantage over their six rivals in the fleet, but Sam Davies and her crew fractionally mis-judged their start, and over-shot the line by a couple a metres.

The all-women’s crew were duly penalised and were forced to return, against the tide, to complete a legal start, losing tens of metres on the fleet.

MAPFRE sped into an early advantage with barely a backward glance as they shot towards the first gate.

Thereafter, it was a master class of in-port sailing by Iker and his crew as the rest of the fleet were apparently forced to battle for the minor places.

By halfway at the third gate, the Spanish boat had stretched their lead to some 400 metres, but overall race and in-port series leaders Abu Dhabi Ocean Racing, hauled them back briefly during the fourth leg.

However, MAPFRE found the better lines and wind pressure and soon cut back their 75-metre deficit with the Emirati boat going backwards.

As the race wore on, the conditions grew lighter and lighter and the Race Committee duly cut a leg off the original six planned to ensure a timely finish.

That set up that enthralling finish with Abu Dhabi Ocean Racing continuing to pressurize MAPFRE all the way to the line.

Team Alvimedica then cruised home for a hard-earned third podium position but behind them there was yet more drama when Team Vestas Wind, returning for their first race since grounding on Leg 2, hit the finish buoy.

Team SCA duly edged past them for fourth and while Chris Nicholson's crew completed a penalty turn after unhitching the boat from the finish mark with Nicolai Sehested left stranded on it, Team Brunel cruised past for fifth place.

Dongfeng Race Team then limped home for a disappointing sixth place finish while Team Vestas Wind finally crossed the line to complete an in-port contest we will never forget. 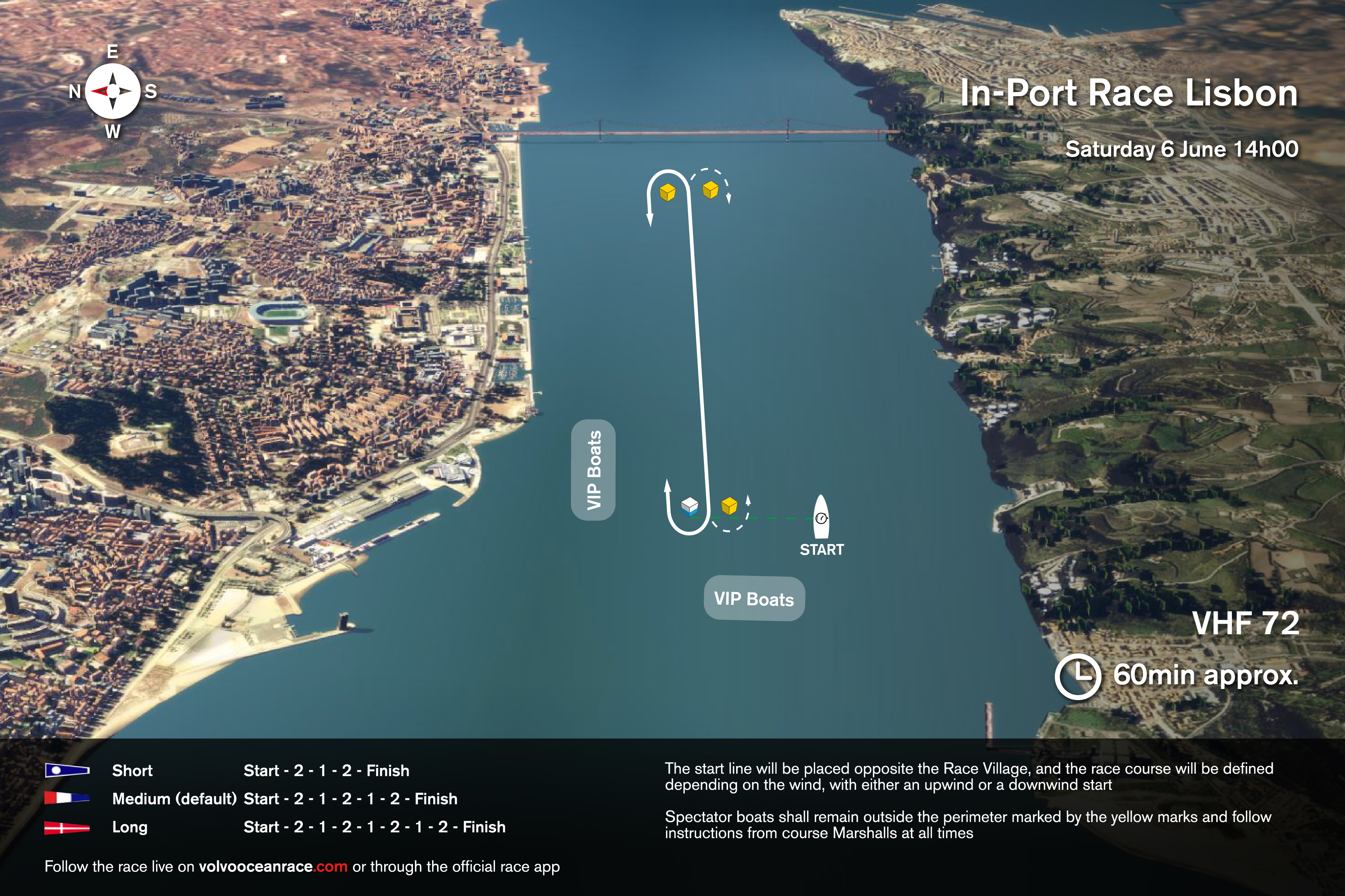